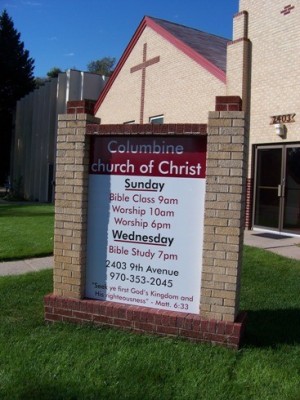 The roots of the Columbine church of Christ extend from Pentecost in 30 AD, when 3000 were immersed into baptism for the foregiveness of their sins and added to the body of Christ (the church of kingdom).

Those same roots extended through the Restoration movement of the 19th century.